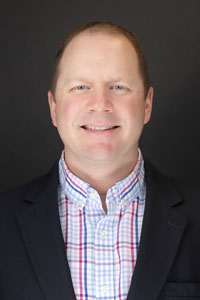 Prior to joining the firm, Dan had six years of experience at the international “Big Four” accounting firm, Deloitte & Touche LLP where he was primarily involved in audits and reviews of various privately-held entities, most specifically in manufacturing and construction, whose revenues ranged from $50 million to $13 billion. In June of 2012, Dan became a shareholder of Soukup, Bush & Associates P.C. From the time Dan became a shareholder in 2012, the firm has more than doubled its size in managed services revenue, and professional associates.

Dan has served his community through his board membership at the Center for Family Outreach (past president), RamStrength (past president), The Colorado Society of CPAs, The Fort Collins Chamber of Commerce (current), and as a volunteer coach of youth sports.

In his free time, Dan enjoys golf with friends and family, spending time with his kids Corinne, Callen, and Cade, and traveling with his wife, Lauren.